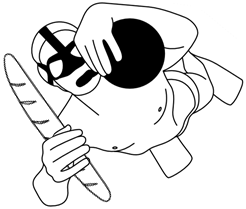 Now I have no idea how that should work ;-)

the Association Française de Rugby subaquatique (AFRS) wishes to organize a tournament in France (the first ever!).

I would like to know who had interesst in it:

1st UWR-Turnament in France
in Bordeaux
on Saturday the 11. April 2015
to make with us the active promotion of our Sport

Every body can also decide to come as single-player, it s not a problem….

The date is sure, only the beginn and the end of the game have to be confirmed very soon by the mayor.
This event could be decisive in the developement of UWR in France, so let s go!

Now a bit of publicity for our region, that could make you take the decision to come to us. (+7h hour UWR of course)

It s only 50km far from the atlantic coast, and the pool is in the middle of the wine-country (Pessac-Leognan)
Bordeaux has got an airport with ryanair, easyjet, and a lot of companies, so not so hard to reach.
It is possible to sleep next to the pool for cheap.
Bordeaux = roman city
after the games => happy meal and party !

Let us know if you want to join us,
even if you are only thinking about it…..

Image credits: UWR Player: from invitation; Baguette: from openclipart.org
Image license: You may use the UWR Player with Baguette image as you wish. Attribution would be nice.